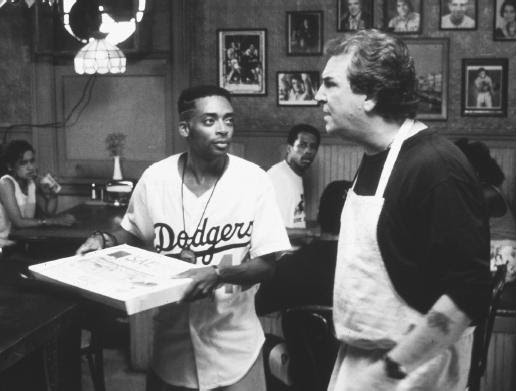 Sorry for the serious lag in updates, posts, entries, what have you. I’ve been on a major writing roll with my new screenplay and have, literally, been too wrung out from writing every day to post. I took today off so here I am. Plus which I have a story which may amuse some of you. It certainly didn’t amuse me.

But first: the good news is that the screenings went extremely well in Rio–EVEN WITHOUT HAVING ME OR STEVEN STRAIT OR THE PRODUCERS PRESENT. But I’m past all that. Really. One door closes, another opens–he says zennishly. I’m delighted the
Brazilians liked the movie and one of these days I may actually deign to visit their country. Assuming of course that they buy me a big fat first class tickets and pay for the hotel.

The other good news is that the generous and lovely organizers of the Ghent Film Festival asked if I’d still like to be their guest. To which I replied: hell yes! So I’m leaving this Wednesday for a five day excursion to a country I’ve never been to, Belgium. They’re honoring Andy Garcia, which means at least one good party and a couple of fine meals, and I’m delighted to have been asked to be part of it. I’ll post from there. And Facebook. Hell, I’ll tweet the whole thing.

Did you know you can follow me on Twitter? Look on the sidebar of this page and click on the appropriate message (Raymond De Felitta on Twitter–duh). Or go to “city island movie”. Not that I’ve anything very interesting to say–Twitter baffles me still, but I’m quite convinced of the efficacy of the whole thing and the need to plunge ahead into the icy streams of twenty-first century communication/salesmanship etc. To that end, I will be a much more regular presence on Facebook and Twitter as we ramp up for the release of “City Island”. Become my follower! Write on my wall! Or just keep reading this good old-fashioned blog, which I started–believe it or not–over two years ago. (Summer ’07!)

And now for a little story. You’re probably not aware (few people are) that I am the new Chair of the East Coast Special Projects Committee of the Directors Guild of America. What the hell does that mean, you ask? To begin with, the Directors Guild is my union–one of the oldest and certainly strongest of the Guilds (Screen Actors Guild, Writers Guild) that exist in the film industry. There are many committees and sub-committees in the DGA and to be asked to serve on them is a real honor. I started my “service” for the Guild back in 2002 when Steven Soderbergh asked me to co-chair the East Coast Independent Directors Committee. Up until that time I’d been a classic non-joiner, non-voter, non-participator. But with Steven’s encouragement I began to see the real value of our Guild and of being of service to it. Also I have a lot of time on my hands in between movies so what the hell? (How Steven juggles his life–four movies or so a year plus being the DGA vice-president–is beyond my comprehension. And he doesn’t just direct all those movies–he also shoots and edits them. Sheesh.)

Anyway, to be asked to head Special Projects was a distinct honor and one that I couldn’t refuse. This committee is the historical heartbeat of the Guild–we collect oral histories on videotape of great directors (always interviewed by another filmmaker) in addition to hosting screenings of new films (with the filmmakers present) and doing cutting edge technology workshops. The other night, I was delighted to present a new film from Mali called “Min Ye” (“Tell Me WHo You Are”) written and directed by the distinguished global cinema legened Souleymane Cisse. And guess who interviewed Cisse after the screening? Martin Scorcese. It was the first time I’d met the master and I found him to be terribly pleasant and very well prepared, generous with his time, the whole shmeer. 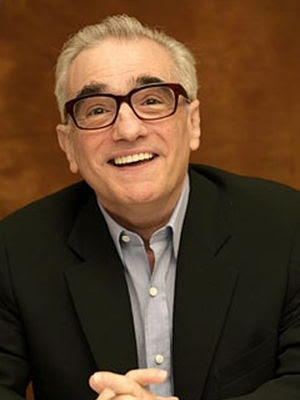 At the after party, I had an agenda to fulfill. The DGA has yet to collect the oral histories of three New York legends–Scorcese, Jonathan Demme and Spike Lee. We’ve been trying but all three directors have eluded us–usually sightng scheduling conflicts. All three happened to be attending the after party so I thought I’d take the opportunity to press them a little. Scorcese was first: he told me that he’d like to do it but to ask him after the first of the year when he’d have a better idea of when his new movie was going into production. “Be patient” he advised. I said we would.

Next was Jonathan Demme, who I’ve met before and whose a lovely gentleman–and a real enthusiast. He’ll talk movie history with you any day and has the kind of infectious enthusiasm that makes you realize how he gets such great work out the people he works with; he inspires you, plain and simple. Demme seemed just a bit hesitant–I think the word “history” makes people feel a bit like the interview is a final summing up which it really needn’t be at all. Still he said to keep pressing him, he’d find time soon.

And then there was Spike Lee. Now Spike Lee is one of the people responsible for making me an independent filmmaker–he doesn’t know this, of course, but like so many people film people my age, he changed my life when he changed the rules of the game with “She’s Gotta Have It” and showed us young-un’s (I was twenty when that movie came out) that the way to make movies was…to make movies. Just go out and do it–no permission need be granted by men in suits in Hollywood. So I’ve always admired him and, in a sense, wished I could repay that debt. Perhaps, thought I, the opportunity to sit for an oral history might be a way to do so. After all, it is something of an honor to be asked to recount your career for posterity.
And so I stood there, shaking his hand, telling him who I was and how much his work had meant to me and why the Guild would love to get his interview on tape. He listened, stared, and finally said: “I’m not old enough”. Gamely I ventured that perhaps it could be the first of several interviews–we could conduct another in thirty years time. He didn’t seem to find this funny. Instead he said: “I don’t have time for that.” Undaunted, I told him that the interview needn’t take a great deal of his valuable time–a half a day would be satisfactory. He stared at me and replied: “How you gonna cover twenty-five years work in half a day?”

At this point I realized that I was barking, so to speak, up the wrong tree. So I shook Spike Lee’s hand and told him to keep it in mind. Oy vey. I can’t say I wasn’t disappointed. Still, his prickliness made me wonder if there’s something else bothering him. He’s done so much, and he’s still relatively young, and it makes me sad to think that that hasn’t brought him just a bit more…peace? Generosity? Whatever you want to call it, it’s missing and I seemed to have upset him with what I thought was a request he’d be pleased by. Oh well. Sorry Spike. You’re still the man. Somebody else better interview you, though…

More from Ghent in a few days. Meanwhile…